There were 57 crimes in Madison Valley reported to the police during April. This was down a bit from March, but was still above the long-run average of about 35 cases per month. April also saw the first homicide since I started doing the monthly crime report in March 2013. Strangely, this homicide is not included among the crimes given in the police reports data even though it was widely reported in the local news media. At about 2:30 AM on April 19th police received numerous 911 calls reporting gunfire in the vicinity of 22nd and Union. When they arrived they found a victim who had been shot in the chest. The victim subsequently died after being taken to Harborview Medical Center. The victim was later identified as a 24-year-old with a lengthy criminal history and an affiliation with the Central District gang Deuce 8.

In addition to the homicide, on April 3 at noon there was a potentially violent altercation between two men at the bus stop at 19th and Thomas. A witness left the scene after notifying the police that one of the men had brandished a knife. When the police arrived the two men were still present and they reported that they had a long-standing feud with each other over a woman. The police took the instigator of the altercation into custody and later charged him with harassment.

There were five burglaries reported during April, only one of which was a residential burglary.

1. Sometime during the night of April 1st a burglar gained entry to a restaurant in the 3100 block of E. Madison by smashing a window in the front of the building. The burglar apparently cut himself while climbing through the broken window and left blood spots and possible finger prints at the scene. An employee reported that nothing appeared to have been taken by the burglar.

2. During the night of April 14 a burglar gained entry to a specialty store near MLK and Madison by breaking the front window. Approximately $2,600 of merchandise was stolen, but police were unable to find any fingerprints.

3. Police were alerted to a possible break-in occurring at a business complex near 28th and Madison at 11:15 PM on April 15. When they arrived they found that the rear door to business had been smashed open but found no one on the premises. The person who contacted the police described the burglar as a white male about 25 years old. When the business owner arrived she determined that approximately $4000 worth of merchandise had been taken. The police were unable to find fingerprints at the scene.

4. On April 16 someone stole two bags from just inside the entry of a residence near 20th and Denny. The owner reported that she had left the bags unattended while she went to pick up another bag from her car. The stolen bags contained over $800 worth of merchandise.

5. Sometime between 5 PM on April 26 and 8 AM on the 28th, a burglar broke open the back door of a specialty shop near 19th and Aloha. The burglar then ransacked the business and stole approximately $30,000 worth of merchandise while causing an additional $2000 worth of property damage. The police report does not mention whether they found any fingerprints.

As is frequently the case, vehicle-related crime was the most numerous type last month, with fifteen reported car prowls, six vehicle thefts and four cases of license plate theft. There were six reports of identity theft, down substantially from March’s high of 23.

Starting on July 2, Jen Kovarovic will be offering an eight-week course in Parent Effectiveness Training (P.E.T.) to Madison Valley residents. Jen has been a certified P.E.T. instructor since 2008.

The benefits from the course:

• Children will feel free to discuss their problems and concerns with you instead of withdrawing.

• Children will learn self-discipline, self-control and an inner sense of personal responsibility.

There will be a total of 8 sessions, each lasting 3 hours. The cost is $300, which includes books and miscellaneous class materials. Classes will be held at 818 33rd Ave. on Wednesday evenings, 6:00–9:00pm.

If you are interested in more information, please email Jen.

Barbara Collins and her daughter Lillian have opened a new café in Madison Valley, Simply Soulful, specializing in homemade soul food, prepared from family recipes passed down through the generations.

This Saturday, May 17, from noon to three, Barbara and Lillian will be celebrating the opening of their new location (formerly Ines Patisserie, next to Missi Lu). At the event they will be offering:

"Socializing is the Key to Life,” says Barbara.

Pets of Madison Valley May 2014

Next is a baby Corgi finding out how good life is when you have a healthy treat to munch on.

Last is our very own store Yorkie, Harley, reuniting with her siblings from another mother: a bucket of fluffy hedgehogs! 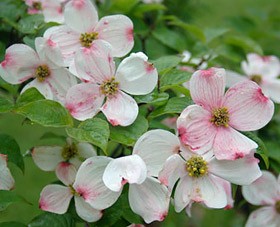 Seattle Parks suggests bringing Mom to a free weekend walk at the Washington Park Arboretum. The arboretum is offering a free tour of flowering plants from 1–2:30 p.m. on Sunday, May 11. The tour will wind among the many flowering plants in the arboretum. The guides will discuss some of these and also teach visitors how flowers work via fun flower dissections and discussion of pollination.

With spring in full swing, Madison Park residents are enjoying gorgeous blooms and warmer weather. Unfortunately many of us have fallen victim to our allergies, too! For some, this means a constant runny or stuffy nose, sneezing fits, facial headaches, fullness in the ears or deep fatigue. Before buying a never-ending supply of over-the-counter antihistamines, you might consider a more natural approach.

A Bit of Physiology: Why a Natural Antihistamine is Important
“Allergies” is a collective term for a natural reaction that happens when a foreign substance, or “allergen,” causes the release of inflammatory molecules, including histamine. Over-the-counter antihistamines only address histamine, and the other inflammatory complexes remain unchecked. With long-term use, these can contribute to the development of allergic asthma and other allergy-related illnesses.

Quercetin: An Effective Alternative
Natural anti-inflammatory products that are plant- and vitamin-based stabilize all of the receptor sites, which prevents the release of not only histamine, but the whole scope of other inflammatory molecules. The most commonly used natural antihistamine is quercetin, which is often sourced from yellow onions. Quercetin’s absorption into the body is increased when taken with bromelain, an enzyme from pineapples, which breaks up the mucous that has already formed and prevents any further mucous development. As natural compounds originally found in foods, none of these natural substances are able to cross the blood-brain barrier, and therefore do not cause drowsiness, as many over-the-counter options do.

Avoiding Excess Allergic Triggers
A large part of successfully navigating allergy season is decreasing your exposure to allergens in the first place, and it always starts at home. Cleaning bedding at least once a week, airing out the house to prevent mold, using a high-quality air filter or purifier, and effectively dusting each week can be a huge help.

A Few More Ideas
Some of my favorite allergy treatments are simple and inexpensive. First, I recommend using a neti pot every night to gently clean your sinuses (we brush our teeth every night, why not our noses?). Second, consuming local organic honey or homeopathic preparations of common allergens on a regular basis can help the body desensitize itself to the local array of allergens. Drinking nettles tea can also systemically decrease inflammation, so a cup a day can do wonders to keep allergies at bay.

As you can see, there are many options available when it comes to tackling your family’s allergies! Ultimately, and as with any changes to your supplement and medication routine, consult with your primary care doctor to ensure there are no interactions to adding these natural substances. The expert wellness team at Pharmaca Madison Park is always available to discuss which products might be right for you. Have a happy, healthy spring!