Sixth-grade teacher Ben Wheeler has created an elective class in Urban Forestry. Students learn about plant identification and restoration techniques, as well as planting. There is an emphasis on the importance of wild green space for the overall ecology of the community. The class began in mid-October and will run until the middle of November. Ben hopes to offer the class for subsequent quarters and perhaps it will become a permanent fixture in the curriculum.

Congratulations to the students at McGilvra Elementary for a hugely successful Run-a-thon on October 10th. For the second year in a row, Bert’s Red Apple has been the main sponsor for this event. The students go out and collect pledges using their pledge forms or personalized web pages that were made for each student. The kids then run the perimeter of the soccer field or school, depending on their grade, for one whole hour!

This year the school has a goal of $55,000. The kids have until October 28th to turn in their pledges. The money raised goes towards various programs not funded by Seattle Public Schools such as art and supplies, reading and math support, a school counselor, teacher grants, and classroom tutors. McGilvra is so thankful for all the support they received around this event. Trainers from FT Training came to warm up the kids, ladies from the Seattle Reign came to cheer them on, and Ari and his band from The Music Factory played to keep the kids going.

The student who raises the most money will receive four VIP tickets to the Lion King, generously donated by the Paramount Theater.

AFH Salon is a great new addition to the neighborhood. It opened in September on the corner of MLK behind The Essential Baking Company. The salon is beautiful with great natural light and charm.

The salon provides a full range of services including His and Hers Haircuts, Color, Blowouts, Event Hair and more. Annie Fisher, the owner and head stylist, has 18 years of industry experience and she and her team of stylists are passionate about working with clients to create personal beauty. The salon is unique in its dedication to education.

“I opened AFH Salon to provide a safe place for hairstylists/artists to be heard and supported in their craft,” says Annie, “AFH is committed to education and providing the best products for a great value. My vision was a beautiful space that was welcoming and offered clients an experience where they can come as they are and leave looking their personal best!”

The Annie Fisher Hair Salon team is committed to becoming an integral part of the Madison Valley community. They are supporting the Bailey-Boushay house by collecting unused travel, hotel or sample beauty products.

AFH Salon is open Tuesday–Saturday from 9AM–evening. To make an appointment, call 206 329-2719 or visit their website. For more information, visit them on Facebook.

Puget Sound Blood Center is experiencing an unprecedented shortage of blood donations. Usually October is one of their strongest months, but many donors were hit by early flu outbreaks, and a number of blood drives had to cancel at government agency locations in Seattle during the Federal Shutdown. The inventory chart below shows the supply levels for each blood type.

To make an appointment, call Terry Walburn at (206) 322-7978. Walk in donors will be accepted with priority given to those with appointments. See PSBC on Facebook & Twitter. 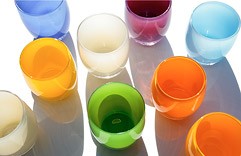 The total number of police reports in Madison Valley fell back from its August high of 40 to the usual level in the mid thirties. In September, however, there was an increase in the number of reports involving vehicles, this category being made up of car theft (7 incidents) and car prowls (3 incidents, of which 2 occurred in the Arboretum). There were no robbery or assault reports during the month, but five burglaries were reported.

1. On Sept. 10 between 8 and 9 AM, someone smashed the glass front door of a business space near 23rd and John. Upon entering the business space police found two broken coin operated candy machines and much disarray. After contacting the building’s owner, police learned that the previous tenant of the space was in the process of moving out and the new tenant was moving in. The owner was unable to provide contact information for either tenant, however, and the police were therefore unable to determine if any loss had occurred beyond the smashed front door and the broken candy machines.

2. On Sept. 14 a resident on 26th Ave. E. between John and Denny reported that a burglar had entered his home sometime during the previous three weeks while he was out of town and had taken a gun, car keys and a credit card. The victim reported that a neighbor, who had subsequently moved away, told him that he had heard a disturbance and called the police, but a check of police records showed no such call. The victim also reported that part of the time he was away a friend had been living in his home. The victim was unable to provide the gun’s serial number. The police report notes that the victim seemed confused about elements of his story, which made it difficult to determine what actually happened.

3. On Sept. 22 residents of home on 21st Ave. between Olive and Pine reported that they had been burglarized while they were on vacation. Upon returning home they found that someone had broken through a front window and rummaged through the house, taking several laptops, a digital camera, a gaming system and cash. They also reported that a professional cleaner had been at the house on Sept. 19 and had not noticed anything amiss. Police found fingerprints on the inside of the broken window.

4. During the morning of Sept. 23 someone gained entry to a house on 30th Ave. near Pine by throwing a brick through the glass portion of a side door. The resident reported that nothing seemed to be missing however, and police found no fingerprints.

5. Also on Sept. 23 someone forced open the back door of a house on 29th Ave. near Pike sometime between 7 AM and 4 PM. Although the police report does not list the items that were stolen, it notes that the owner’s TV was recovered nearby. Police found fingerprints at the scene.

The pets of Madison Valley, as photographed by
All The Best Pet Care.

Puppy Number 4: She just got picked up about an hour before she came in. Her new parents did not have a name for her just yet. She was one of a litter of 11! We look forward to watching her grow.

Zeb: Zeb is one of our regulars. He is a handsome, immaculately groomed standard poodle. He comes in often with his dad whose last name is Madison!

Juniper: She is a 4-month-old Catahoula Leopard Dog/Labrador Mix 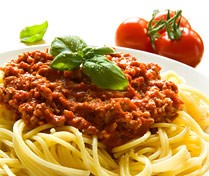